Made a short series of Gnoll caves leading to a skeletal remains of a giant dead worm. Two Gnoll tribes are battling for Yeenoghu’s favor and boon from an abyssal rift opened near the shriveled heart of the worm.

Haven’t gotten to play this yet with a group, but I thought it could be cool for this Gnoll v Gnoll dynamic to create consequences if the players accidentally tip the balance. Idea was if one tribe was able to cut down the shriveled heart and give it to Yeenoghu as a powerful meal, the tribe’s leader would be gifted a Shoosuva and become a flind in the process. Anyway, enjoy. Hope ya’ll like it. JSON attached if you want to try! 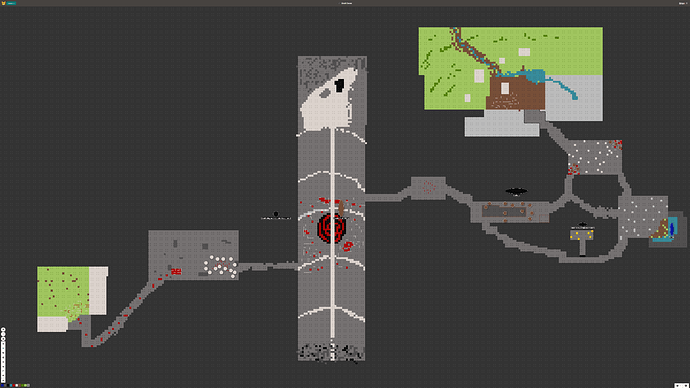 This is absolutely massive and I for one love it! Hope when you do have a chance to play it, it goes really well!