I posted the map of a town from my homebrew campaign a couple weeks ago, but I’m also running a Storm King’s Thunder campaign, and we’ve now had two sessions using shmeppy, which have gone really well. For those unfamiliar with the Storm King’s Thunder campaign, there’s a point early on where giants and their minions lay siege to a town and the players get caught up in the battle. My players were in the town of Triboar, which according to the official map looks like this: 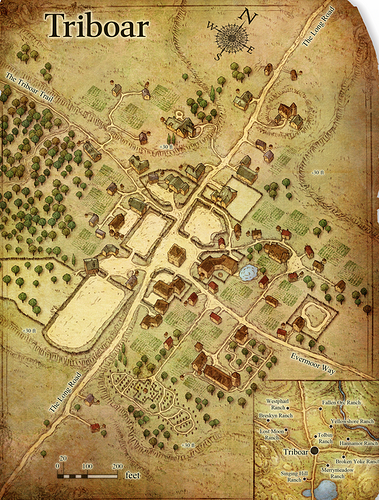 I recreated this in shmeppy, which ended up looking like this: 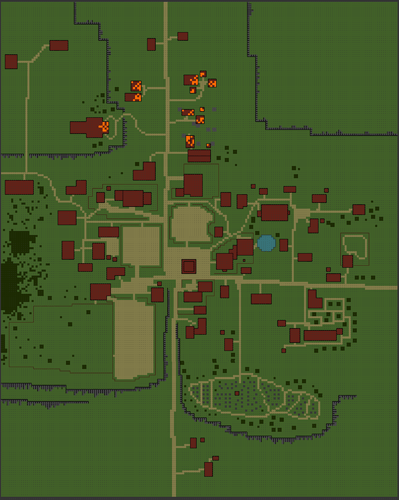 The orange you see at the top is where, at the beginning of the attack, magmin troops came rushing in to sow chaos and light houses ablaze. It was really neat to be able to show the spread of flame as every turn more buildings were set alight and the players could see the chaos spread in “real-time”.

We had to stop that session in the middle of that fight, so I didn’t bother preparing a new map for the next session. Which meant I was very unprepared when they blazed through the rest of the encounter and travel so quickly I had another encounter starting before the session ended. I threw together a rough map of the floating wizard’s tower they were traveling in (if you’re familiar with STK, you might be thinking my timeline is off, but it’s just because I reworked a bunch of stuff because I didn’t like how the book lays out the plot…). Since it’s a 200 foot tall tower in the sky, and a dragon was involved in the attack, I needed to show three dimensions, so as well as the plan view I quickly sketched an elevation view as well. It’s rough, but worked beautifully! 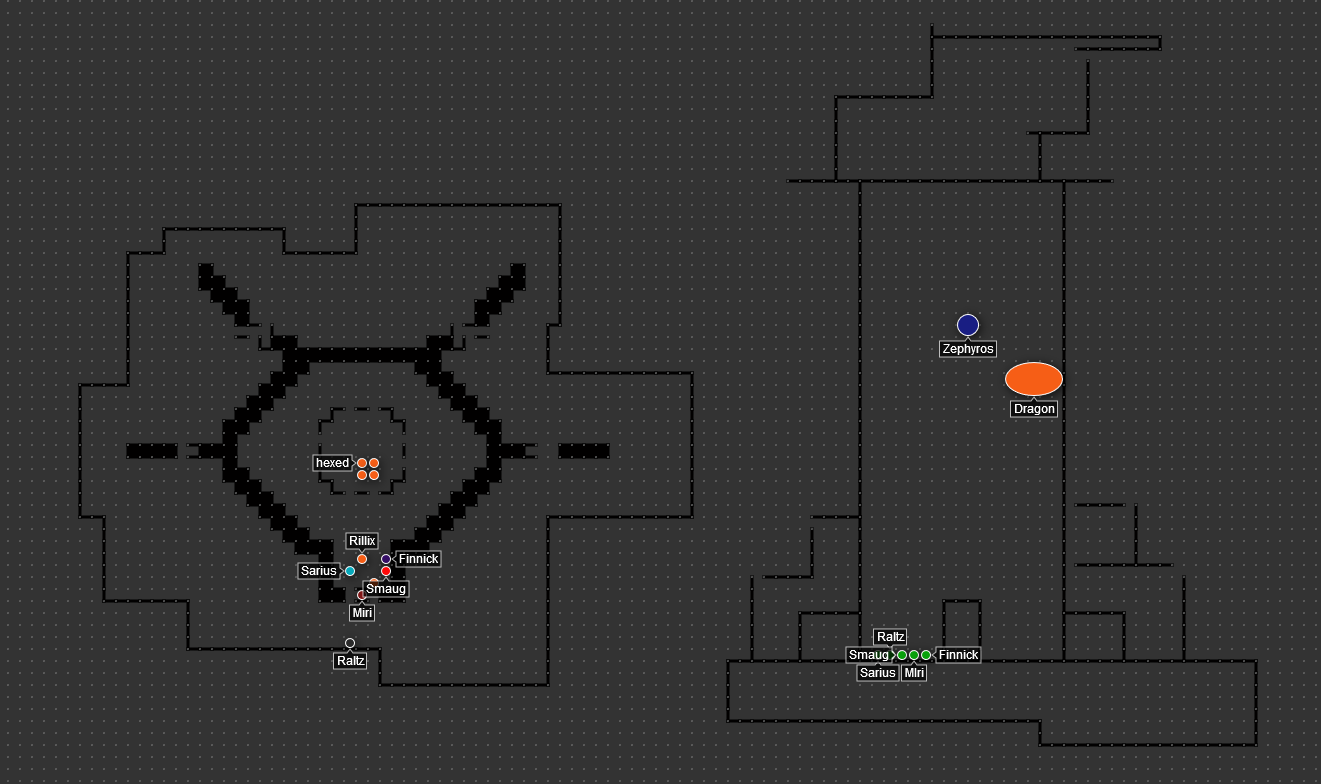 Doing the tower elevation was pretty clever, wouldn’t have thought to do that.

Out of curiosity, does the character named Smaug have anything to do with the dragon?

Actually, no! Hilariously, the guy who plays Smaug is a pastor, who is a huge Tolkien nerd and played AD&D back in the day. He hasn’t played since the 80s, so I’ve been introducing him to 5th Edition. He was very excited to be able to play a dragonborn, and of course, named his dragonborn fighter Smaug.

The rest of the party includes Sarius, the half-elf paladin (whose god is SCIENCE!), Finnick the tiefling bard (who befriended Rillix the flying cat and uses EVERY opportunity she can to cast speak with animals and befriend enemy creatures or send them away so they don’t have to fight them), Raltz the tabaxi hexblade warlock of the Raven Queen, and Miri the kobold barbarian (she is less than 3 feet tall and just as strong as the 6 foot tall dragonborn fighter. She is a goatherd).

It’s always cool to see people get back into the game. And it sounds like things get interesting with that group. Though to be fair, that’s pretty much true of every d&d party.

We’re they meet a flying cat?

There’s a tressym in the town of Nightstone, at the very beginning of the campaign, whose owners were killed in a cloud giant attack. Finnick of course cast speak with animals and also rolled really high on multiple animal handling/persuasion checks so Rillix is hers forever now. Statblock is here, if you’re interested: https://i.imgur.com/mYfKx5f.jpg.

I love giving my players animal companions becauase they all love having them. I have a rule, though, that while the animals CAN take damage if they’re in a combat situation, if they’re reduced to 0 HP they just go unconscious and will wake up in a few hours. They cannot die. I find this works well with the sort of players I have so that they’re not constantly terrified that their pets are going to die, but also can use them and do fun things with them in the game instead of just keeping them far away from anything possibly dangerous.