Tales of the Yawning Portal: Forge of Fury

Four maps for a lightly modified version of Forge of Fury. We’ve just finished this, taking around 6 sessions to get through what’s below, roughly one session per map, with two on the last one, and another for the journey there. For those familiar with the module, the main villain was switched to Arundil, the mage and the dragon plot removed (so there’s no map for its lair).

image1522×684 8.93 KB
Note the bridge across the chasm fell during play and was erased in real time as a result. 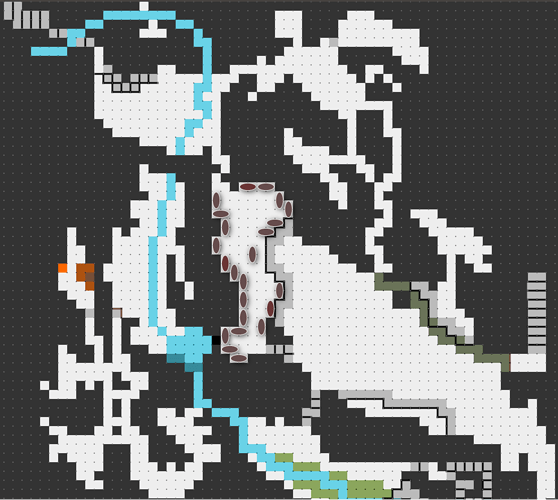 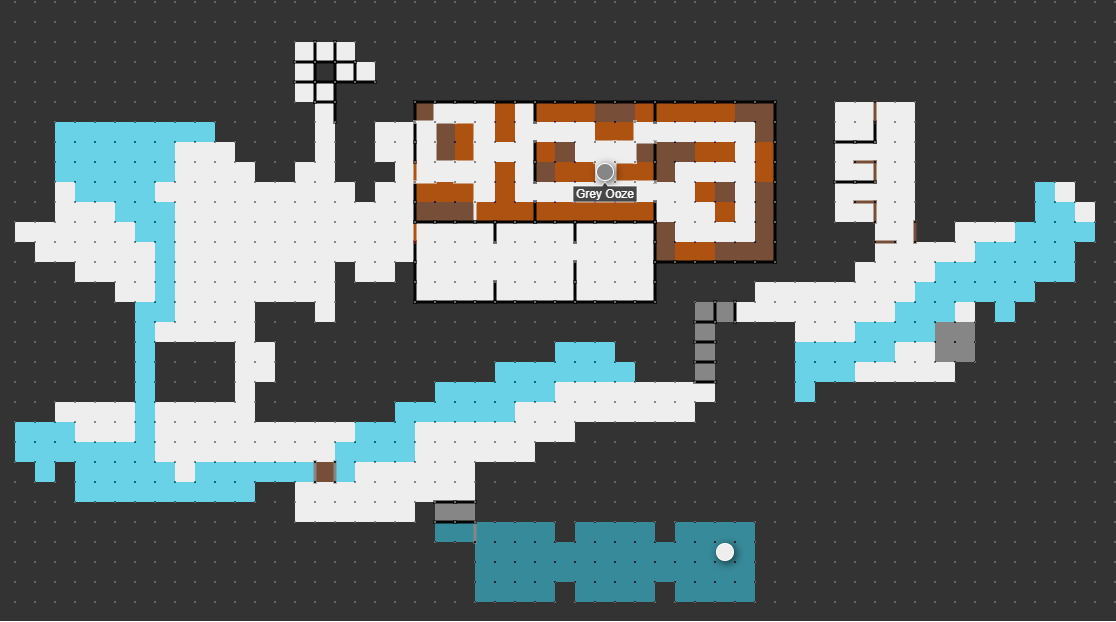 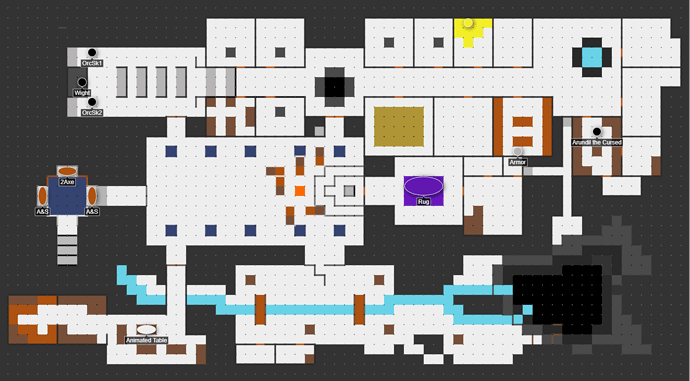 One I really loved about this was how flexible the environment was during play. I could literally paint in effects or environmental changes as they happened. Doors could open or close, things could get destroyed and I could make that change very quickly using the fill or edge tools.

Fog of war worked brilliantly well. I really appreciate the addition of the “view as player” tool too.

Combat and chases worked really well. The addition of the token move distance was a help in our most recent sessions.

Thinking about things, one thing I’d really like would be very limited set of symbols to represent common map features: statues, stairs up and down, doors. This mainly because my players did find the color change in walls that I used to represent doors (typically a brown segment in a gray wall) hard to see. I found it also difficult to represent stairs/ramps on the maps. Not sure how I can improve on that.

Overall, very positive, both for me as DM and from my players. This is going to continue to be one of our main tools for the forseeable future.