A Circle Tool made of Squares?

There was some separate discussion about the idea of having circular/diagonal tiles that was vetoed due to keeping the simplicity of Shmeppy, but I think that a circle-like tool could be very useful. I don’t mean literally round, but a sort of pseudo-roundness similar to building something “round” in a game like Minecraft or Terraria, or making pixel art, shown in a chart below. 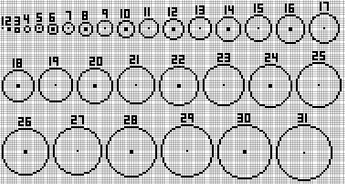 image2077×1112 629 KB
I often use circles like this in my hand drawn maps, because it’s simply easier to figure out where people are when there is no curved edges. I don’t think a tool that would make them is a necessity, as it is definitely possible to do them by hand, but it is possible in the same way filling a giant square is possible; you could do it, but why would you if you don’t have to? I’m not sure how difficult this would be to add, and I’m not sure what the demand for it is, but I think it’s a pretty neat idea that could come in handy while keeping with Shmeppy’s only squares policy.
7 Likes
Andre June 9, 2020, 3:58pm #2

I love this idea! Drawing circles with squares is so difficult to do freehand and I tend to use them a lot… In terms of implementing it, would it be possible to just add a buttom to the fill option? Shift + drag creates a square, so something like ctrl + drag could create a circle? Seems both useful and straightforward to me.

I like the idea! I have used big tokens to help me make perfect square-circles 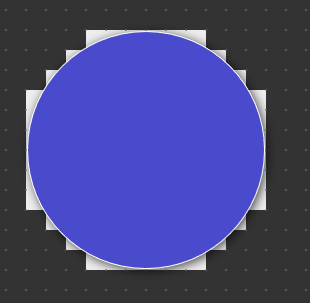 I’ve gotten pretty good at drawing these “circles” because I use them a lot in my maps. But I would LOVE this feature. Would be a big time saver for me.

This would be very much appreciated, circles are pretty important for spell effects, building shapes and general terrain features.

I’ve definitely tried to trace out circles in Shmeppy to little avail… This seems like a good idea, though it’s not super clear to me how I’d implement this. All the modifier keys are being used already (Ctrl can’t be used unfortunately, Firefox has special Ctrl+Click behavior that can’t be disabled by a website), but even if I could use another modifier it seems like I’m starting to push how much functionality I can dump onto the fill tool via modifer keys without becoming kinda overwhelming.

Interestingly, essentially the same problem is cropping up in Feature Request: Spell AOEs. There’s some additional shapes I want to support, but there’s no clear way to do this that feels like it doesn’t seriously compromise on ease-of-use.

What about a preset floating circle (or other shape) size toolbar? Where the shape is pre made and you click to place the center?