Okay, so I just finished my third session using Shmeppy. I would have posted about the second game last week, but I had basically no time so I’m including it here.

Overall, things went really well. People seemed to enjoy the sessions and there wasn’t much friction on the player-side of things when it came to the game. The whole issue of players dropping tokens in the fog of war went away when they found out that they could just undo, apparently it just hadn’t occurred to any of them that it was an option.

The big things I noticed:

Edit: I was looking through the forums and got reminded of this comment from another thread:

As another potential idea, could tokens themselves be painted with the fog of war tool, instead of just squares? Then you could make it so tokens are not impacted by map-fog, and are always visible no matter where they are placed… unless they are fogged directly.

Being able to fog tokens separately from that map could be really useful in general, though I have mixed feelings about it. I had a couple situations where I had monsters I wanted hidden but not the tiles under them (specifically, there are some assassin vines hiding in the vines). Previously I I’d just hide them in the fog of war outside of the map, but that didn’t quite work this time. I came up with a work around that I liked, essentially turning it into a puzzle. While it would be a nice feature to have, not having it forced a bit of a creative solution that I think improved the encounter, hence the ambivalence.

Anyway here’s the map I was working with the past two sessions. I’ll likely be using it again next week. 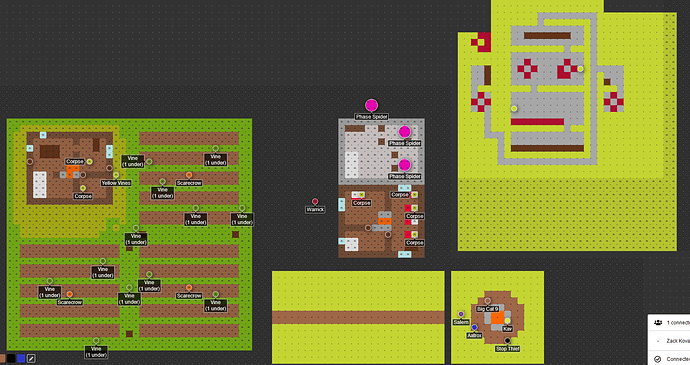 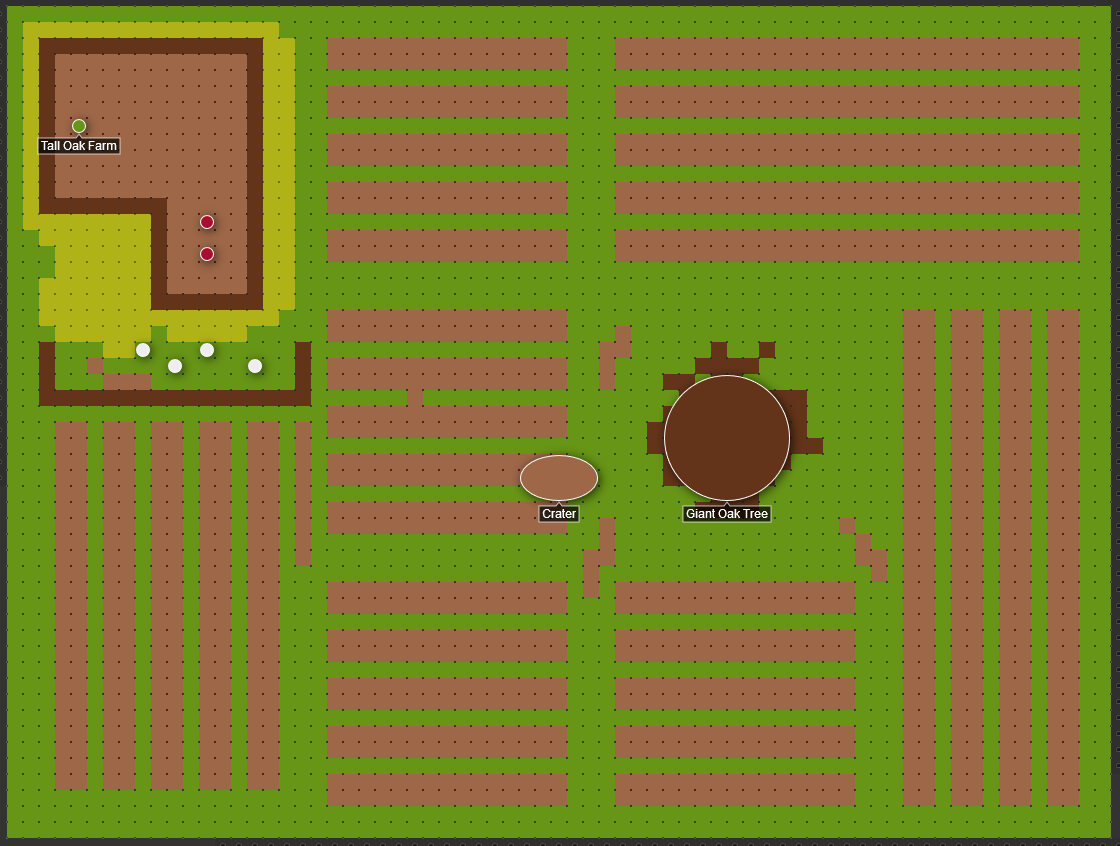