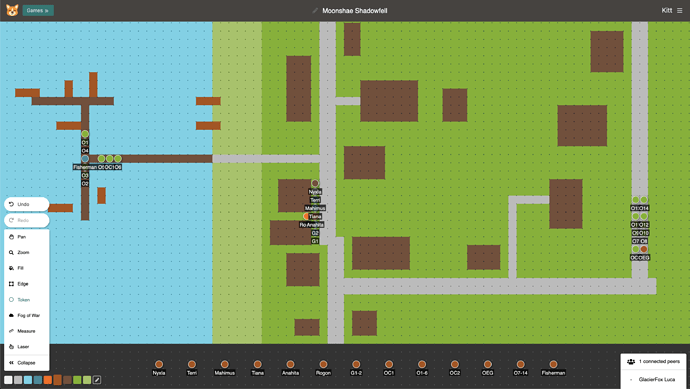 I came up with an idea for tracking initiative order using tokens. Not sure why it hadn’t occurred to me before, but since I use standard repeating initiative, makes sense for it to be very visible to the players so they can prepare rather than it being in a notebook of mine and I have to call them out.

Also, I was able to concoct this seaside dock map in just a few minutes with Shmeppy! Gives so much more flavor to what’s happening.

Ah, I also realized I can use tokens to track: 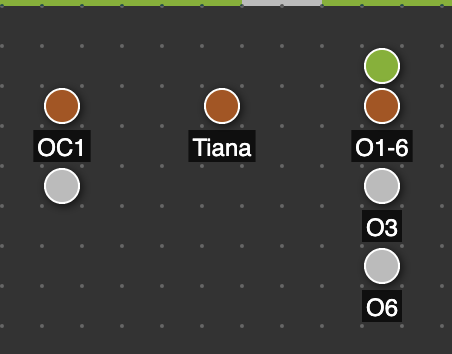 I really liked having initiative order and status effects publicly displayed in the UI. I thought it helped me plan by helping me remembering if I had some special status or if another character did.

And as I think more on it, I wonder if it would be useful to have a status where someone is occupying their concentration with a spell. I feel like too often I forget that I need to do a concentration check because I just took damage. Maybe something similar to the initiative order/status effects play that Kitt was doing could also help with the cognitive load of concentration spells. 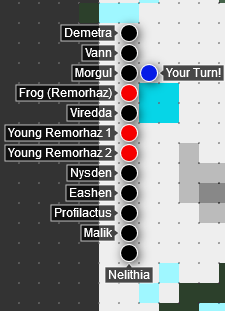 Someone mentioned the idea recently on discord, so I gave it a shot. This was my take on it. Worked pretty well! I would just move the 'Your turn" token down as we progresed through.